Slippery Tory Cllrs appear to have a cosy relationship not only with press but the employed council as well.

Ref: Complaint about Councillors and the Recording of Meetings Protocol

I am in receipt of your email addressed to Kevin Jacob regarding the above.

I am writing to advise that as Monitoring Officer for Wokingham Borough Council, I have
delegated authority to consider your complaint against all of the elected Members who were present at the meeting of Council on 18 July 2013 who agreed to adopt the current protocol.

As the decision taken was a collective and unanimous decision and concerns a matter of
policy, I do not consider it appropriate to deal with this matter as a Code of Conduct issue.

The members Code of Conduct is more properly concerned with member’s individual
behaviours. Collective decision making behaviour arising from a Council meeting can be
challenged through different means- i.e. legally and or through council procedures such as petitions, letters or oral questions posed at meetings in accordance with Council procedures.

Such decisions can also be referred to Scrutiny for action.

Although I appreciate you have carefully gone through the general principles in the Code and found the members decision on the Protocol less than satisfactory, nevertheless the decision taken was within their discretion and remit and any judgement about the failure of general principles remains a highly subjective one which is not capable of resolution through a Code of Conduct complaint about each member of the committee.

I have consulted both the Independent Person and the Chairman of Standards with respect to this matter and they are in agreement with my approach. There is no appeal against this


So in a nut shell. Not me. But I will not pass it on.
Posted by Kazek Lokuciewski at 10:25 No comments:

Wokingham Borough Council has decided to restrict filming at meetings in which the voting public are most concerned and corruption most likely. Planing and Scrutiny.

Did you ever think the nice people who came to your door asking for your vote in exchange for open accountability and transparency would shut you out like this?

Our Councillors have a code of conduct. Here

9.2.4.5 Openness: Holders of public office should be as open as possible about all the
decisions and actions that they take. They should give reasons for their decisions and
restrict information only when the wider public interest clearly demands;

I have been told by the slippery council that I can not complain about a councilor in this instance. So our next approach will have to be to ask each Councillor to stand by their code, stand against the routes to corruption and insist that filming of planning and scrutiny meetings be allowed or conducted by the council.

Please just do it now. 2 minutes. The council operate on volume of people. Like with Elms field, unless you say something you agree. I've yet to meet a non Cllr who is happy with the overall plans, but theoretically 99% of us are. The silent majority of Wokingham need start voicing their discontent.

To make your life easy.

I was dismayed to hear that the council had ever seen fit to block filming public meetings. A video recorded account has fewer levels of interpretation, is not as open to doctoring is quick and accessible. We had thought this all behind us but now find that the council has decided to list which public meeting can be filmed and has excluded two specifically. Planning and Scrutiny.

Were there ever two meetings more likely for vested interests to profit from secrecy and therefore in need of of transparency it was those.

Please can you voice my concerns and also confirm if you will call for and vote in favor of allowing filming of 'All meetings open to the public' or the council must undertake the filming themselves and provide access in full to the electorate.


And do pass this on to your mates.

There are not many other people fighting your corner EVERYONE seems to think someone else will do it. Those few of us that are trying are loosing. You have to help of live in an urban sprawl. There is simply too much money to be made building on farms and village greens. Make them say no to you. At the moment their tactic is to leave you on the side line and then pretend you were given the chance to 'have your say'. Then ask the air in so many ways in so many places they can make up whatever statistics they want.

If you have been to Wokingham Voice before you can stop reading.

For those of you new to council meetings and no doubt shocked, this has been going on for almost a year now. Finally after a lot of pressure and a threat of legal action and citizen arrest we filmed some public forums. These last nearly two hours each so it is best absorbed as of background audio and look up when relevant.

Below is an example of a public meeting that was filmed. Later a Councillor denied information evident in this video and threatened legal action when accused of being mistaken or lying. This is why a public record that can not be doctored is essential.

The example below is of a meeting where apparently the "minutes/slides have been drafted and are in the process of being signed off by the correct officers".
The video went live 1 month ago today. Perhaps they should have just filmed it.

Q2 - Peach Place - What elements of the scheme do you support?


Q3 - Peach Place - What elements of the scheme do you think could be improved?

Q4 - Elms Field - What elements of the scheme do you support?

Q5 Elms Field - What elements of the scheme do you think could be improved?

Q6 - What level of diversity would you like to see in the streetscene? A = breaking up buildings into different parts. B = Number of slightly different blocks using a variety of materials. C = Splitting the street into a number of blocks, same design

Q7 - The proposals for the park include a number of spaces; open grass, events space, play area, fountains, orchard/meadow area.  Do you agree with these? Q8 - Do you think we've missed any spaces?

Q9 - What do you think should be included in the play area?

Q10 - What type of seating would like to see in the park and where?

Q11 - Do you have any other suggestions for how public art could be included in the park?

Q12 - Our analysis of Wokingham identified key features that make-up the town's heritage feel - do you think we have missed any key characteristics?

What is lacking from this set of questions?

How about list of things you do not like? You are never invited to disprove. Only suggest improvements.

Another supermarket. Yes or no?

Quotes from the Public Forum two weeks ago. Alistair Corries comments regarding the purpose of the presentation end of July 2012.

““We put together the Elms Field event in 2012 because I wanted to understand the support and what people think.

“We understand 1,200 people attended that – 3.9 per cent of the Wokingham population.

“We felt there was reasonable support for what we are doing. If there really was a lack of support out there we would hear about it.

If that were true Cllr. Why did you sign the £100m contract before that first open public consultation started? Perhaps so that the next Wokingham Times headline could be 'It's too late.'


I managed to get there on the last day as they were closing up but apparently plenty of people vented their spleens on the scale of development.

If you look through the survey data it seems to be generally against this scale of project. The bits that are pro are lumped together using similar short phrases. Then snapdragon survey focuses on how many people like one element. So if you like a high quality play area, you are all in. Me included. I was amazed that it was only 83% in favour.

This is not stupidity. This is calculated.

Spin is just another word for deceit.

What possible motive could a public representative have for signing the contract before we had any idea how big they had managed to grow the project? Surely not a fundamental belief in democracy. Is that important to you?

Many of us voted for them because somehow they can afford to invest the time to be friendly on our doorstep.

Please lets not do this again. 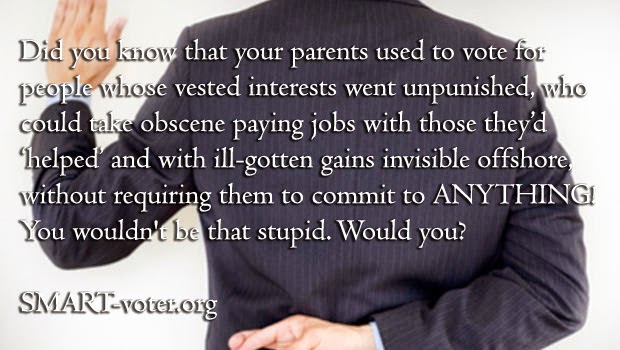 And don't let them get away with this either.

Posted by Kazek Lokuciewski at 12:56 No comments: