DO NOT vote for ideologies sold to you by the marketing team. Research your candidate!

Want to know why the entire world is racking up debt and the Rothschild's and Rockefellers are raking it in? Us voting for dishonest people.

Lets take a simple, local example of dishonest politics. The Gay Marriage Bill. Probably 80%+ of the population in favour and to those people a complete no brainer.

This also true of Wokingham.

Lets therefore look at how our Tory MP voted on the bill. Yes, we have a voice, a man who represents our views and his name is John Redwood. http://www.bbc.co.uk/news/uk-politics-21346694 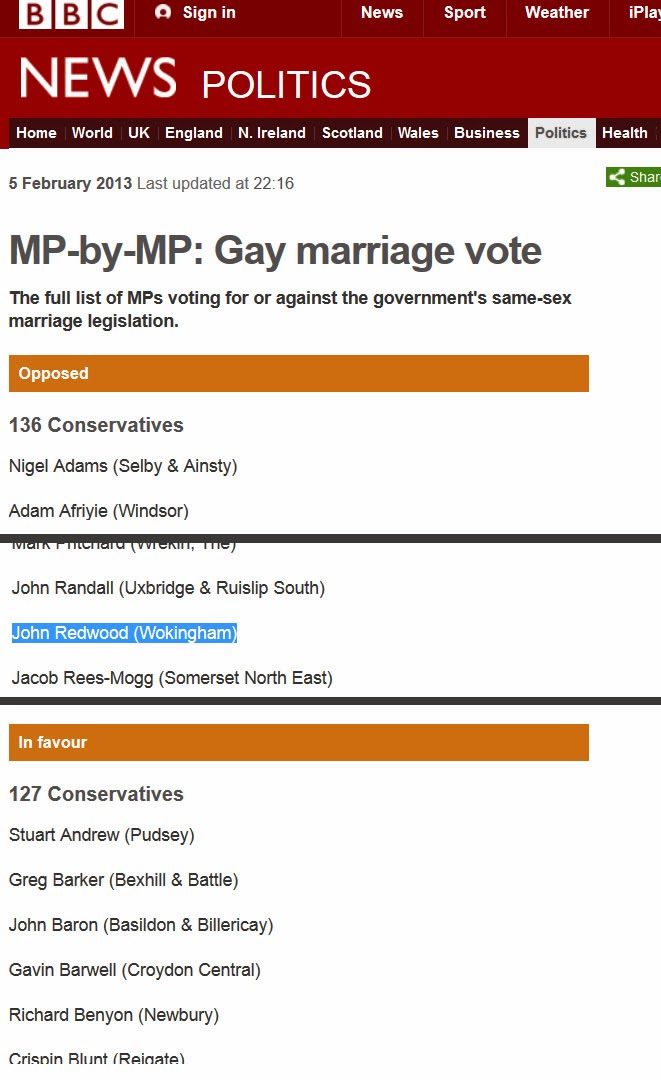 Funnily enough, while I think someone who can vote in favour of discrimination should be banned from public office for life, I do respect his action. I have little time for the Redwoods of this world but at least they don't pretend to stand for something else.


Our local Tory Cllrs on the other hand, or rather the PR and marketing team. Well look just at this. 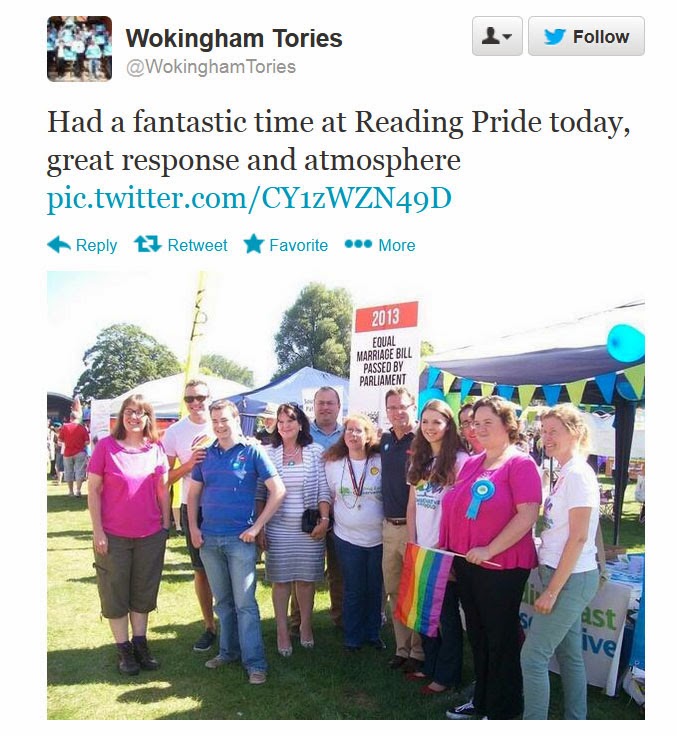 Here we have the Wokingham and Reading Conservatives PR team trying to mop up the dump burger Redwood handed them. Their mission seems to be to trick the public that, thanks to the Tories and their local MPs, gays have the right to be married.

Most decent people, were they to be aware of the facts would conclude these people are liars.

Why did they not leave the party in distain seeing it for what it is?

Surely produce some kind of formal apology for their parties overall action and call for a change of leadership?

How about that, on a personal level, they are supporters? If that were the primary motivation they would have turned up without the Tory paraphernalia.

This is like a Nazi who personally thinks the war is wrong, but knows his Hitler's intent, turning up at a Jewish pride parade waving a swastika and saying vote for Hitler anyway. It makes no sense. But we vote without using our sense, we vote for the most attentive salesman. And that is why money wins votes.

These people are there, on mass, on a weekend, not assaulting Tory HQ with their disgust, they are assaulting unwitting voters with white lies. WHY?

The great Tory champion Paul Swaddle (Now OBE) was there, he is still refuses to unblock  filming of public planning and scrutiny meetings which is clearly against the local council constitution on supporting transparency. Then again Wokingham Borough Councils democratic services team have refused to act upon it. Not even a denial or excuse. Just technicalities.

So now I have two cases of clear conduct that I believe 50% of the population would not stoop to and an OBE. (Paul I will update my blog with your defence you will finally stop sidestepping this important issue)

What motives are there for people of questionable character to seek positions of public trust at a local level?

Wokingham borough council has allowed Wokingham Town Centre to run down and then suddenly plan to take out a £100m loan to pay one company to do what appears to  many to be about £50m of competitively priced work of which £30m is unwanted by the community. The specific details and break down of costs are always hidden. All the hall marks of Jobs for the Boys.

What motives are there at a national level? John Redwood in parliament. What are his potential vested interests in being in the heart of international financial law and international trends?

In 1979 the Iron lady freed the banks and capital control and the great money multiplier started to work. Private Bankers had the ability to lend great multiples of what they owned and then lend again against the resulting inflation of those same assets. In real terms the capital reserve of UK banks is now 3%.That means if they have lent out £100 they have £3 in reserve. To make that £6 half of UK liquidity would have to disappear, alternatively we have quantitative easing, stealing from the all therefore mostly the rich, BUT . . we gave back entirely to the super rich. People like the Rothschild's. 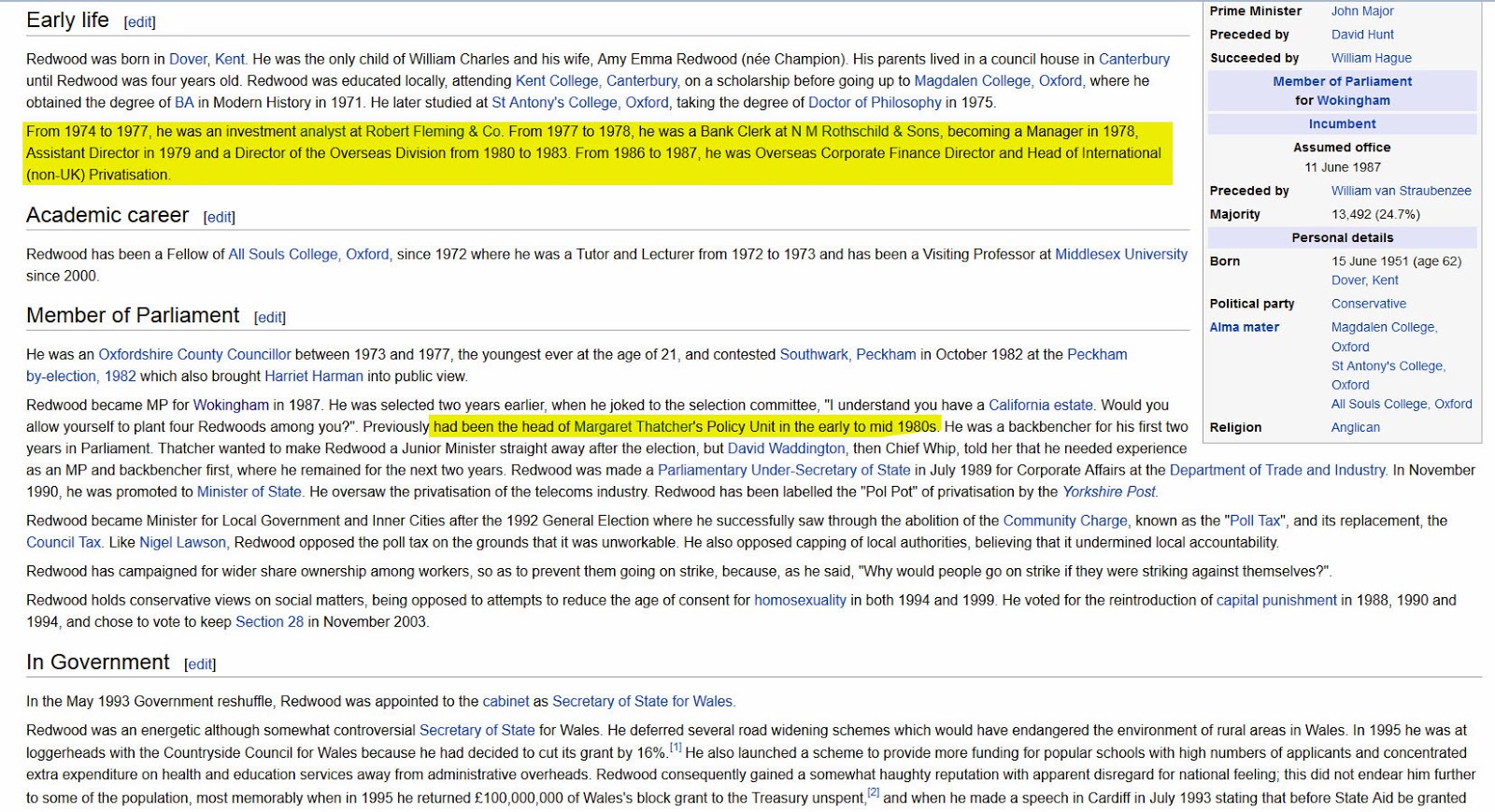 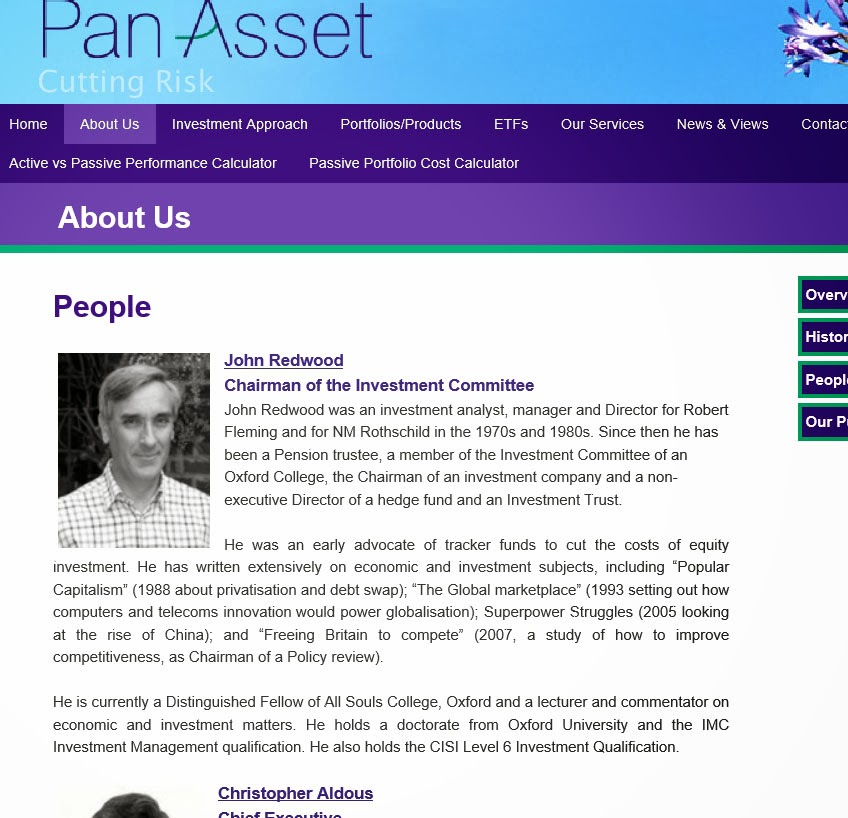 So people PLASE! Stop voting for the team sending out the most nice sounding attentive people.

Do not vote Tory for a belief in the market economy, rewarding hard work and making people earn their keep, because most parties believe this too. That is not what conservatism means.

Conservatism means privatisation to increase efficiency. If you do not want schools, NHS, defence, police running workers to the edge of their health limits then do not vote for that ideology. Conservative does not actually mean reward hard work? Do you think a family property trust fund rewards hard work 4 generations later? No it takes from workers and gives to privileged.

The good news is that even some active Conservatives do not really know what it means and, like with any religion, see the danger of fanaticism.


At the same time our official Left is also right of centre. There seem to be few leaders in the Labour party with a tendency towards even centralist governance let alone left wing.

I'm not asking you not to vote Tory.

I'm asking you to research the individuals who are standing and to consider standing yourself, with an open mind to the idea forming a coalition and stepping back supporting someone willing to make similar commitments to you so as not to dilute the popular vote, do not fight for you to win, but for changes that will get the vested interests out of politics. Until we have fewer vested interests in politics we are simply swimming in quick sand. All other issues will be overly hard fought and recur again and again unless we fix the route cause.

Truly researching a candidate is impossible, a history check takes time and can be riddled with lies so lets make life simple for ourselves.

Tell your candidates that you need them to be SMART-voter.org friendly. This gives you the ability compare them simply on committed pre-conceived solutions and ignore the material their PR team ejected from the back end of a male cow.

No one you should want in politics should object. What kind of candidate would refuse you a list of contents and a money back guarantee?
Third hand pleasant anecdotes is no way to select the person charged with giving our children a better chance of fulfilment in life than we had.

Lets at least try and solve this peacefully.

I'll be standing in Evendons as an Independent.


Posted by Kazek Lokuciewski at 16:22