Why do some councillors insist Wokingham Regeneration consultation was appropriately and inclusive since 2010?

"Has concluded that there is Risks with the mismanagement and potential  misreporting by the use of council owned companies."

"The town centre redevelopment is being funded by the Council at a time of economic uncertainty. There is a risk that failure to deliver the anticipated returns will have an impact on your financial resilience"

"At present the progress of the Transformation Programme does not take place in a public meeting. There is a risk that existing reporting lines do not enable effective scrutiny of progress by members outside of executive and other interested stakeholders."

Add to this that the public are in uproar. They are not stupid. Distracted, over worked yes stupid no.

To send campaign letters that include £5m secured for a science block but include  no heads up one what inexcusably low / dwelling section 106s are going to pay for it, or why it cost twice what one should expect, is either disonest . . or a crime. No picture, no housing numbers, no mention of partial development of Elms field. This letter, which 80% of people asked have no recollection of, did not engage the public as to the intent. I do not believe we were consulted and neither does the National Audit Office.

Even a backer with integrity would include these details and use some justification to sway the public view. We were given a cursory nod and now told it is too late. 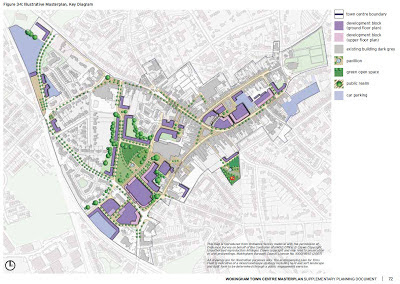 Would, after consulting on this, the public say. 'Hey whack in 100+ homes above elms'?


It's time for the councillors who have forsaken those they claim to represent to be upfront and honest about were Wokingham is headed. 'Business Hub' '18 hour economy' a mini Reading if you were. Stop pretending to consult the community who chose to live in a market town and are just in your way. 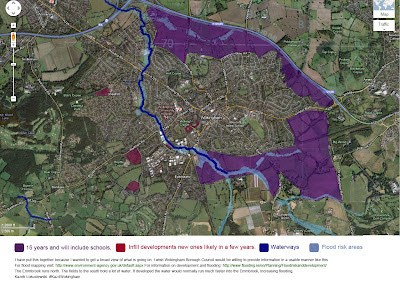 Posted by Kazek Lokuciewski at 16:16